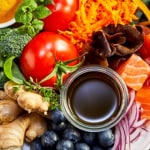 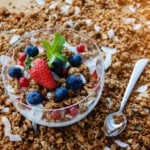 Prebiotics, Probiotics, and Your Gut Health 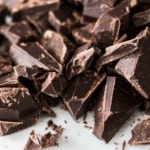 Food for Your Brain Health

Celebrating and feasting come easy on St. Patrick’s Day with parades, Irish dancing, green beer, corned beef, cabbage, and potatoes.  It’s a day my family prepares to celebrate weeks in advance.  We have a strong bloodline of Irish ancestry, which calls for decorating our home with shamrocks galore and mapping out our day to feast on Irish eats and drinks.

However, let’s not forget the true meaning of March 17th.  It’s the day Saint Patrick died.  Surprisingly to most, Saint Patrick was not Irish.  He was born in Britain and at the age of 16, he was abducted and taken to Ireland to work as a slave.  Years after he escaped from Ireland, he returned there and began to convert the Irish to Christianity.  By the time of his death, he was known for building churches, schools, and monasteries throughout Ireland.

It was Irish settlers in the United States who made St. Patrick’s Day a holiday.  It was a day they allowed themselves to eat meat and drink alcohol during Lent.  In 1737, Boston was the first city to hold a St. Patrick’s Day celebration and New York City had the first parade, recorded in 1762.

Green hasn’t always been the color of this Irish holiday.  Saint Patrick Blue (light blue) was the original color associated with St. Patrick’s Day before green became the favorite.  In terms of food and drinks, for obvious reasons, I am very grateful for the color transition.  A legendary story that exists today states that Saint Patrick had used a green shamrock to educate the public on the Holy Trinity.  Those who were proud of being a part of Christianity wore a shamrock to promote their faith.  This evolved to what we see today-everyone in green.

On St. Patrick’s Day, everyone is considered a little Irish.  Wear green and enjoy it with your family and friends.  Below are a few of our favorite non-traditional but very green recipes for you to try.  Cheers to all who find a way to celebrate by eating a little green!

Before heading out to begin your St. Patrick’s Day celebrations fuel up with a well-balanced breakfast.  A poached egg on whole-grain toast topped with diced vegetables is an easy energizing meal to start your day.  (Tap photo for the recipe) If you’re pressed for time a smoothie can be a healthy on-the-go snack as long as it contains an array of nutrient-dense ingredients.  Fueling your body with healthy choices every 4 hours during the day will help alleviate impulse convenience eating and prevent you from overindulging in the evening.  Drink up before you join your friends at the bar.  Try this nutrient-packed clover colored smoothie recipe.  (Tap photo for the recipe) If you’re hosting a St. Patrick’s Day party and want to offer your guests something nutritious, kale chips will provide the perfect green among your Irish day eats and satisfy those in need of a little crunch.  (Tap photo for the recipe) Professional Nutrition Consulting provides professional advice by educating clients on their individual nutritional needs. We believe fueling our body with the proper variety and portion of foods at consistent times of the day will lead to a healthier life.
Book an Appointment